In his speech, Ayatollah Milani introduced the holy Prophet through the following three main elements:
1- Mercy
2- Light
3- The real meaning of life
1-The holy Quran mentions: And We have sent you (O Muhammad SAW) not but as a mercy for the 'Alamîn (mankind, jinn and all that exists) (21:107).This was seen in the way the prophet dealt with people. It was given to Him by the mercy of Alllah. He approached people with the best of manners so to bring them closer to humanity and to accept the message of Allah.
Also Du’a Kumail starts with asking for Allah's mercy. This is a Du’a that Imam Ali (AS) left for us to read on various occasions including Thursday nights.
2- He gets us out of darkness into light. Surah al Noor, mentions Allah being the light. Ayat al Kursi clarifies it too in explaining the only two directions that human beings can move towards. One is going from ligh into darkness and the other moving from darkness to light. In Surah al a'arf 7 ayah 157, Allah confirms the light that was brought alongside His Prophet too.
3- O you who believe! Answer Allâh (by obeying Him) and (His) Messenger when he (SAW) calls you to that which will give you life. Life is not materialistic, it is the spiritual life and glorification of soul that the Prophet wants for us. He is concerned with our spiritual embodiments and how to avoid or clear the diseases we encounter.
Then Ayatollah Milani asked for the following three ayat to be reviewed by everyone:

1- Say (O Muslims), "We believe in Allâh and that which has been sent down to us and that which has been sent down to Ibrâhim (Abraham), Ismâ'il (Ishmael), Ishâq (Isaac), Ya'qûb (Jacob), and to Al-Asbât [the offspring twelve sons of Ya'qûb (Jacob)], and that which has been given to Mûsa (Moses) and Isâ (Jesus), and that which has been given to the Prophets from their Lord. and to Him we have submitted (in Islâm)." (2:136)
2- And We have sent down to you (O Muhammad SAW) the Book (this Qur'ân) in truth, confirming the Scripture that came before it and Muhaymin (trustworthy in highness and a witness) over it (old Scriptures). So judge among them by what Allâh has revealed, and follow not their vain desires, diverging away from the truth that has come to you. To each among you, ; so compete in good deeds. The return of you (all) is to Allâh; then He will inform you about that in which you used to differ (5:48)
3- inviting them to Islâmic Monotheism with His Verses), except with such of them as do wrong, and say (to them): "We believe in that which has been revealed to us and revealed to you; our Ilâh (God) and your Ilâh (God) is One (i.e. Allâh), and to Him we have submitted (as Muslims)." (29:46)
And in the final point Ayatollah Milani mentioned: Allah tells us the Prophet was the best role model for us and his life and teachings where the best example to follow. We also see the same manner and discipline with His grandson Imam Sadiq (AS).
Concluding sentence was:
Had the Christians followed the exact teachings of their prophet and the Muslims followed the teachings of the final Prophet, we would have seen a better life. 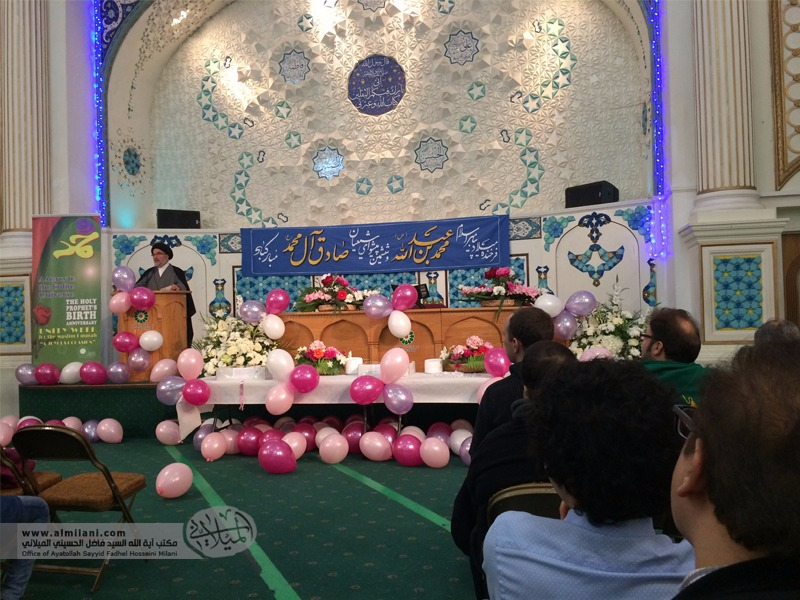 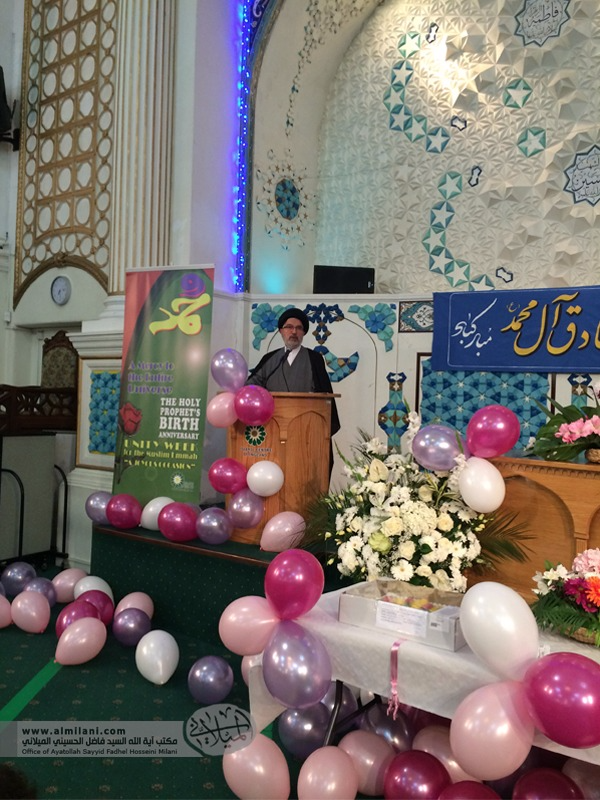 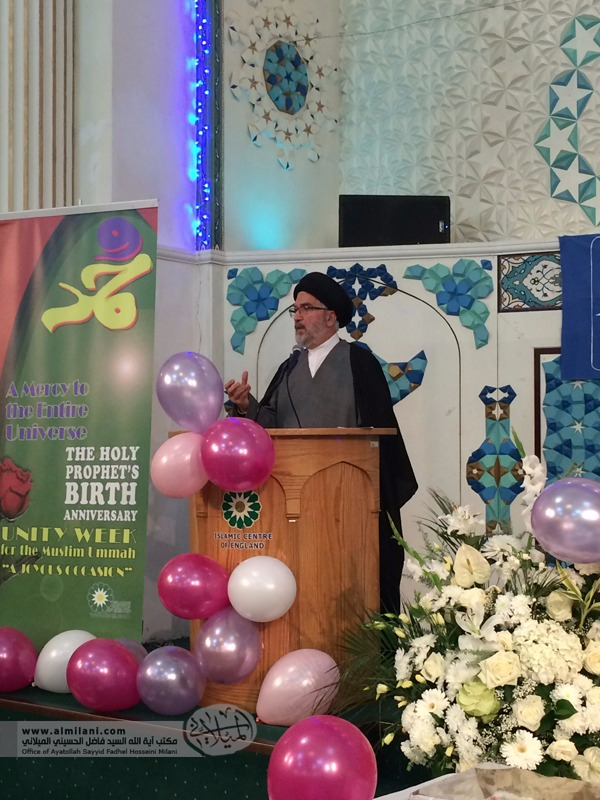